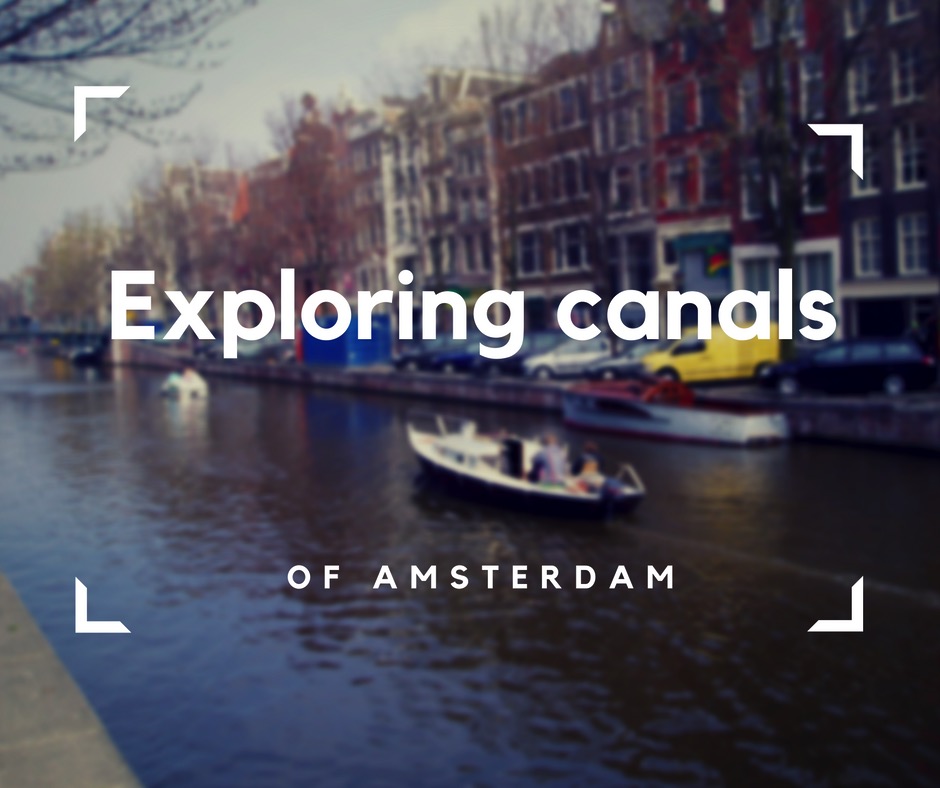 Exploring canals of Amsterdam was the most fun thing I’ve ever done in this city. I know it may be surprising since many people would link Amsterdam to great coffee shops or a laid-back atmosphere. Probably it offers things more “fun” than canals, but it is what it is – the city’s never been my favourite. Before going there, I have already heard of its wonderful coffee shops and The Red Light District. (Un)fortunately, I’ve never been very much into any of those, so the city didn’t really cater to my travelling needs. Still, I think it makes an interesting place to visit, and I’m going to fulfil my duty as your travel chronicler. How accessible is Amsterdam and what does it offer to people, who are eager to explore it? Keep reading and I promise to tell you everything I know.

One of the first things I need you to know is that I lived in Holland. As I lived there, I decided it would be a nice idea to explore it a bit. I didn’t really want to spend my vacation in Holland, but I was down for weekend trips. Amsterdam was one of such weekend getaways. My first impression was: “woah, it’s a bit dirty”. To be honest, back in 2006, Amsterdam wouldn’t win “the cleanest city out there” title. Despite that, I decided not to form an opinion about it until I let it show me what it has to offer. The thing I liked the most about it were canals. Simple as that, they were absolutely lovely. I didn’t have much time to taste everything the city had in store, but let me tell you, canals are not overrated. There are honestly everything I liked about Amsterdam. 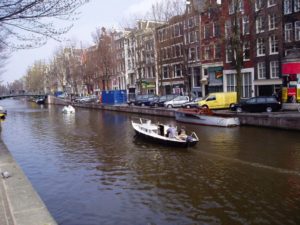 Things I did in Amsterdam

As I learnt during my tour, canals were created in the 17th century. I don’t remember any more dates or numbers, but let me tell you, the background history’s pretty interesting. There are many different companies offering canal cruises, and it’s honestly a great way to explore the city. Actually, I thought it was something fresh. You don’t have a chance to explore many capital cities by boat, and that form of transport is quite lovely. I remember feeling as if I was swept back in time. Going from 2006 to 17th century Amsterdam wouldn’t be probably too fun, but the sensation of the present and the past blending together was thrilling. Of course, the view from the canals is pretty picturesque, too. I swear that almost every single postcard from Amsterdam had a canal on it. Love or hate it, canals are really a true icon of Amsterdam.

The famous wax museum founded by Marie Tussaud has its branches all around the world, Holland included. When I visited Amsterdam I knew I had to visit Madam Tussauds Museum. I wanted to check whether the hype around it was justified. There were definitely many people there, so if you’re not ready for crowds… it’s better to let it go. To be honest, I liked it, but I wasn’t blown away.  I suppose the appeal of the museum’s greater now since selfies are in vague. Still, back in 2006, I found it nice, but not phenomenal. Despite that, I would have probably gone there again. Simply because the place’s anything but boring. Boring and I don’t get along at all. 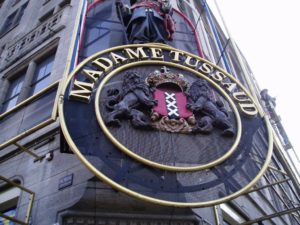 In all honesty, I spent my time just exploring the city. Amsterdam’s full of lovely streets and little, nice shops and cafeterias. I enjoyed myself just sightseeing. I didn’t feel a need to try the country’s cuisine – I lived there, so everything was familiar. The city didn’t actually surprise me a lot. Still, I felt “a sort of tender curiosity” when I first saw it. As much as I didn’t really explore it, I have to acknowledge the existence of The Red Light district. It’s a famous area of Amsterdam, and it’s full of sex-orientated businesses. I remember that somebody pointed out how ironic it is that Puritans lived in Amsterdam. Certainly, they wouldn’t be too happy about it now. Not with The Red Light district being one of the city’s top attractions. However, we look at it –  we can’t really accuse Amsterdam of being boring or uneventful. 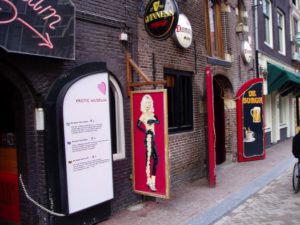 To be honest, Amsterdam’s hotels were not the best I’ve ever had, but they were okay. The standard was above average, and honestly, it was much better than what I was offered in Egypt. The range of available choices wasn’t the worst, and neither was the standard. To pay it justice, it was actually very good. All in all, hotels deserve for 7 out of 10 points.

There’s not much bad I could say about Amsterdam’s pavements. Generally, there are not full of holes, and their surface is not wheelchair users’ hostile. Compared to many European and non-European cities, the situation’s actually great.

Entrances to the most of the coffee shops and restaurants are actually accessible. It’s relatively easy to enter all of the mentioned places.

I regret to say it, but back in 2006, many of Amsterdam’s attractions were poorly adjusted to wheelchair users’ needs. Aside from museums, which were okay, it was difficult to really explore the city. Enjoying the canal cruise was challenging in its technical aspects since nothing was accessible there. The staff wasn’t really willing to help, too. Unfortunately, there was not much for wheelchair users to see, when I visited the city. 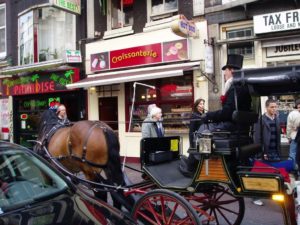 All things considered, Amsterdam seems to be a very nice city. It has an interesting history, nice shops, remarkable attractions and lovely canals. Still, I can’t seem to fall in love with it. It lacks something that I can’t really define. I have no doubts it could be a wonderful destination for many of you, but for me, it’s just another city. Good for one-weekend stand, not fit for another visit. At least… not yet. Vergeef me, Amsterdam!