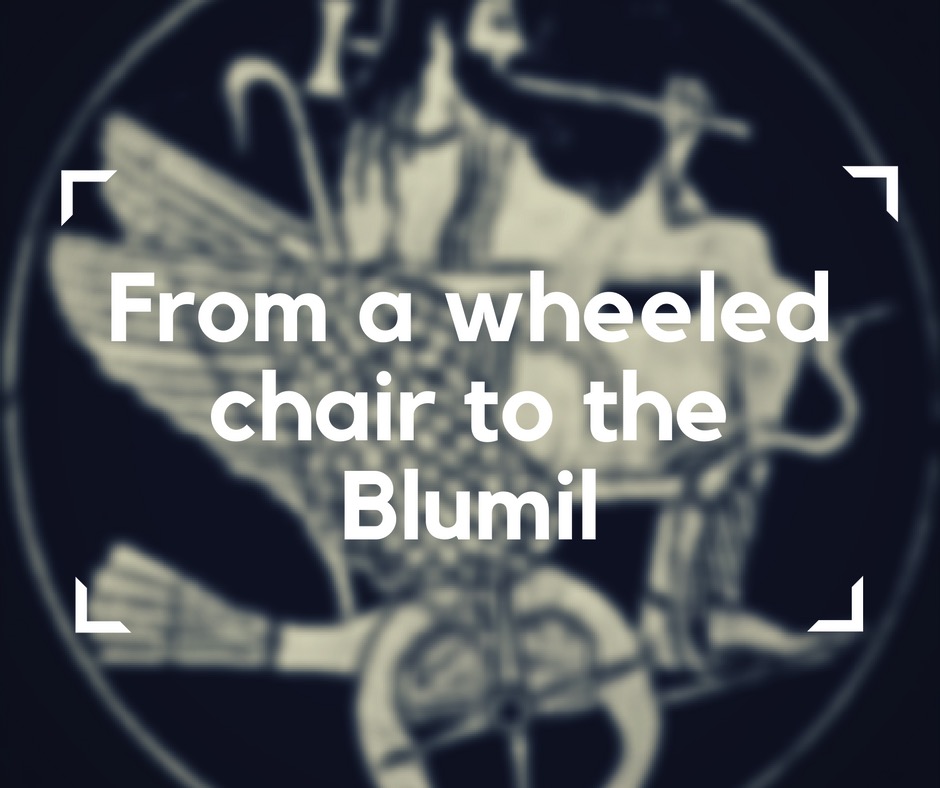 Have you ever wondered what’s the origin of an electric wheelchair? The history takes us back far, far into the past…

Supposedly, the first wheelchair to be ever made was the one from Greece or China dated to 6th century A.D. It’s still very unclear as to who invented it first. Of course, the original device was very hard to operate and required a third party’s help – it’s purpose was to rather help the caregivers rather than the disabled.

We come back to the wheelchair’s history many, many years later, that is to the 16th century when Philip II, king of Spain had an unknown inventor make him a custom-made wheelchair. It’s still uncertain whether the king was actually disabled or was it just one of his whims. Its wheels were tiny and totally unsafe. We are giving it two thumbs down for violating the safety rules!

Then in 1655 we had a big breakthrough when the first self-propelling wheelchair was made by a young watchmaker. His device required the user to have 100% working hands and strong upper body. Not too perfect considering the common at that time, malnutrition, wrong diagnosis and calcium deficiency even among the rich.  Don’t get us wrong – we really do appreciate the young watchmaker for his groundbreaking idea.

In the late 18th century the first metal rims were invented so that the disabled people didn’t need to cover their hands with dirt while using their wheelchair. Good news for the sticklers for tidiness!

Raised awareness and progress – on the road to electric wheelchair

Allright, you might think it’s all very cool but as the time goes by, people started to travel more and more so what about comfort and possibility of travelling with a wheelchair? It all came to us in the 20th century – manufacturers begun to recognize the user’s comfort needs. Then came the time for folding wheelchairs – they could be easily transported and were moderately lighter compared to the other ones.

Soon the first electric chairs became produced on a mass scale. First copies were very bulky and heavy…and look at the picture! They were complicated! Who wouldn’t be afraid to sit on that?

First electric wheelchairs may have had many flaws, but meant real progress – finally there was a chance for people with 3 or even 4 disabled limbs to move on their own.

As the time flew by, more and more improvements were introduced. Not only the technical features, like weight, size and agility have changed but so have the design and comfort.

Both manual and electric wheelchairs still have a very long way ahead of them to be perfect for their users. For now they have to choose between weight and price and being able to leave the house on their own. Because it’s still a struggle for the disabled. Manual wheelchairs are unfortunately still hard to operate outside – it’s almost impossible to drive on pavement if it’s even slightly bumpy. Not to say that more complex terrains are an impossible obstruction for a regular wheelchair. And electric wheelchairs are very heavy and because of their big size it’s impossible to take them to many public places, buildings or means of transport.

WHAT’S TOMORROW GOING TO BRING FOR THE WHEELCHAIRS?

Mind control. Sounds spooky? Well it shouldn’t, cause we’re talking about saving people’s lives here. There is a technology dedicated for the people with severe injuries and very limited mobility. A special device is implanted into the person’s brain making it possible for them to control their wheelchair and other machines cooperating with their implant. 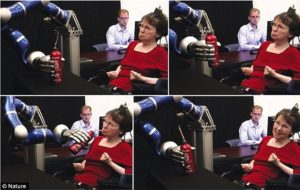 Being able to go wherever you want while being on a wheelchair? That is sound like a fairytale? Not exactly. If you’re an active person who doesn’t want to be stopped by their body you might want to learn about the Blumil – a breakthrough electric wheelchair.

The Blumil is an innovative device meant for people without boundaries. Thanks to gyroscopes it is always stable and easy to operate. It’s also very comfortable, light and its design looks pretty. What is more, it’s one of the fastest wheelchairs in the world if it’s speed you’re looking for.

Remember the manual and electric wheelchair struggles? They don’t exist for the Blumil.

So now you know all about wheelchairs. And you also know, that whether you’re looking for a cool design or possibility to go anywhere you want, your choice is the Blumil because it has it all!