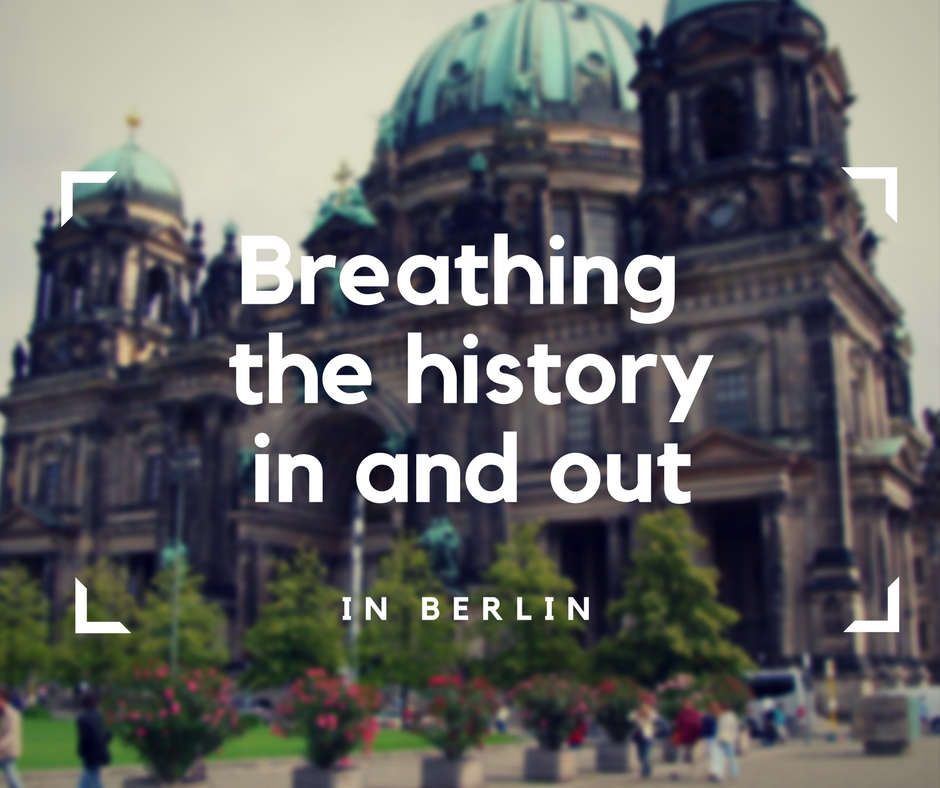 Breathing the history in and out is inevitable when you visit Berlin. At first sight, the city seems to be a chronicle of the tragic and the ugly, the divided and the hurt, but that’s just one face of Berlin. It is a place full of variety, pulsing with life, and it showcases a thousand years of German coming into fusion with modernity. Clean streets and great accessibility should make it one of my favourite destinations, but Berlin has never made it to my top 5 list. Everything about it screams “Top notch quality!” but the city doesn’t have “the spark” for me. I can appreciate its flavour, but I would never choose it over cities like Barcelona, Hong Kong or Rio de Janeiro. It still makes a nice travel story to tell, so bear with me. What to do in Berlin? Is it accessible?  The answers are waiting below! 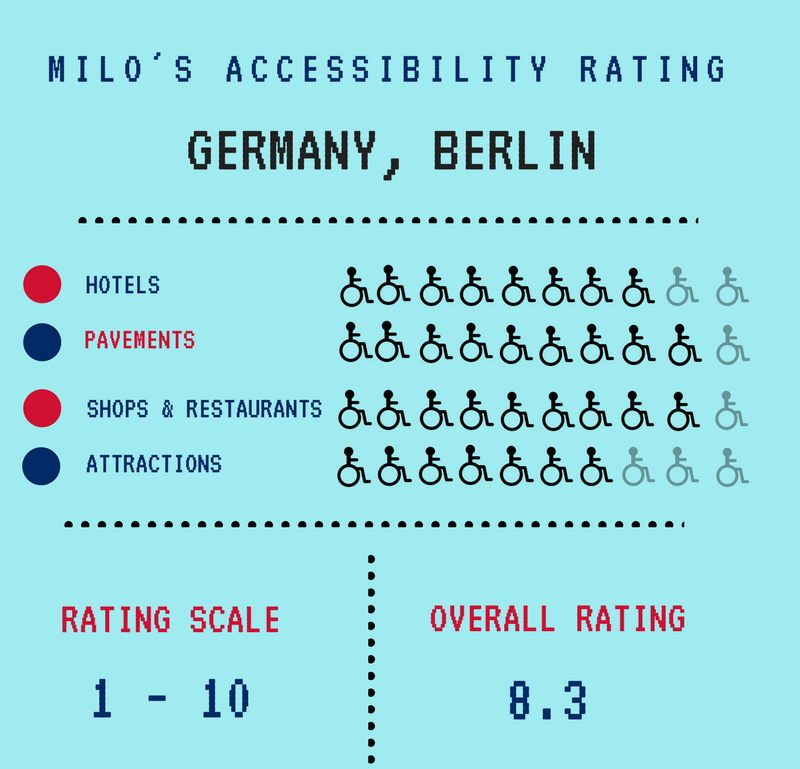 What to see in Berlin

1. Brandenburg Gate
The Brandenburg Gate was built in the 18th century, and it has been the icon of Berlin for a long time. I just had to see it so I could check whether its hype could live up to reality. It’s definitely a nice monument, but nothing too mind-blowing. I have to admit it’s a perfect sport for a photo with a Berlin vibe, though. Travel tip: visit it at night. When it illuminates against the dark line of the sky, The Brandenburg Gate can leave you in awe. 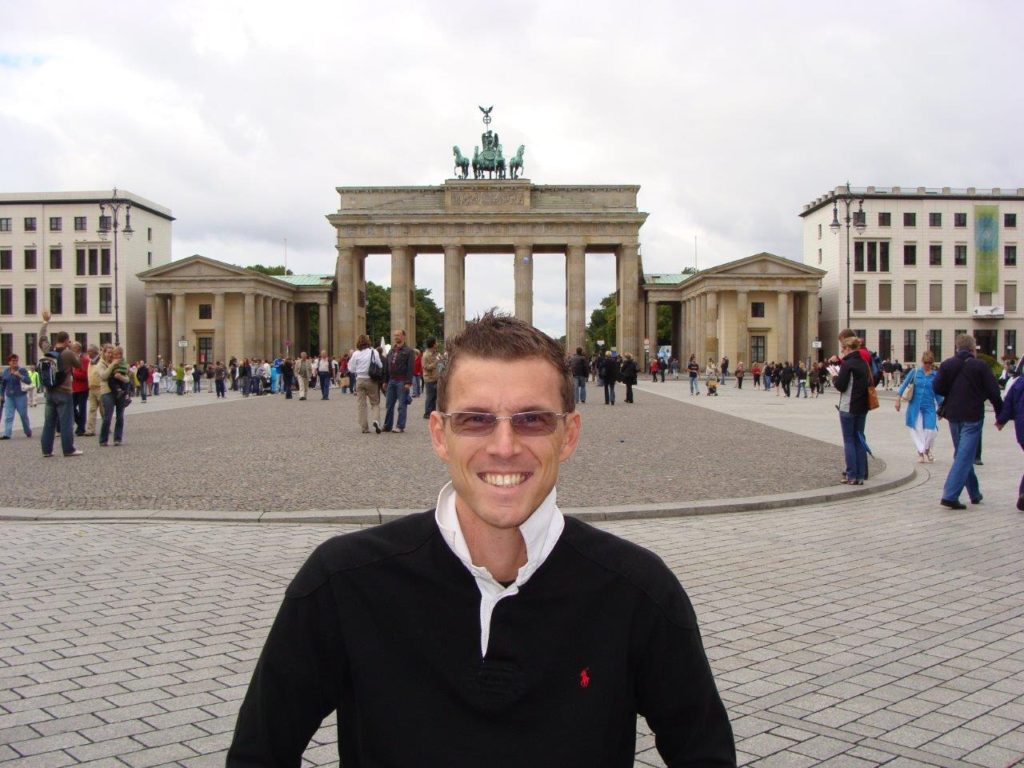 2. Memorial of the Berlin Wall
The Berlin Wall is a great reminder of the recent history, and I believe it’s worth visiting for its historic value alone. It’s neither beautiful nor impressive but makes a powerful attraction, which sums up years of division within Germany (and Europe) perfectly.

3. The Holocaust Memorial
The Holocaust Memorial is a memorial to Jewish victims of the Holocaust, and it holds names of 3 million of them in the underground “Place of Information”. It was built in 2004, and it’s definitely one of the places you can’t miss in Berlin. Seeing all these names – one after one, after one, after one… makes the entire horror of what happened hit you with full power. I would definitely recommend it for a visit  – puts everything into perspective.

4. Berlin Cathedral
Berliner Dom, as it’s called in German,  it’s possibly one of the prettiest attractions in Berlin. It’s picturesque and showcases a completely different face of Berlin. Taking all painful events that took place there aside, it’s a nice reminder of Berlin’s long history. It definitely gets a big “yes!!!” from me. Just remember: prior registration is required to explore the cathedral. 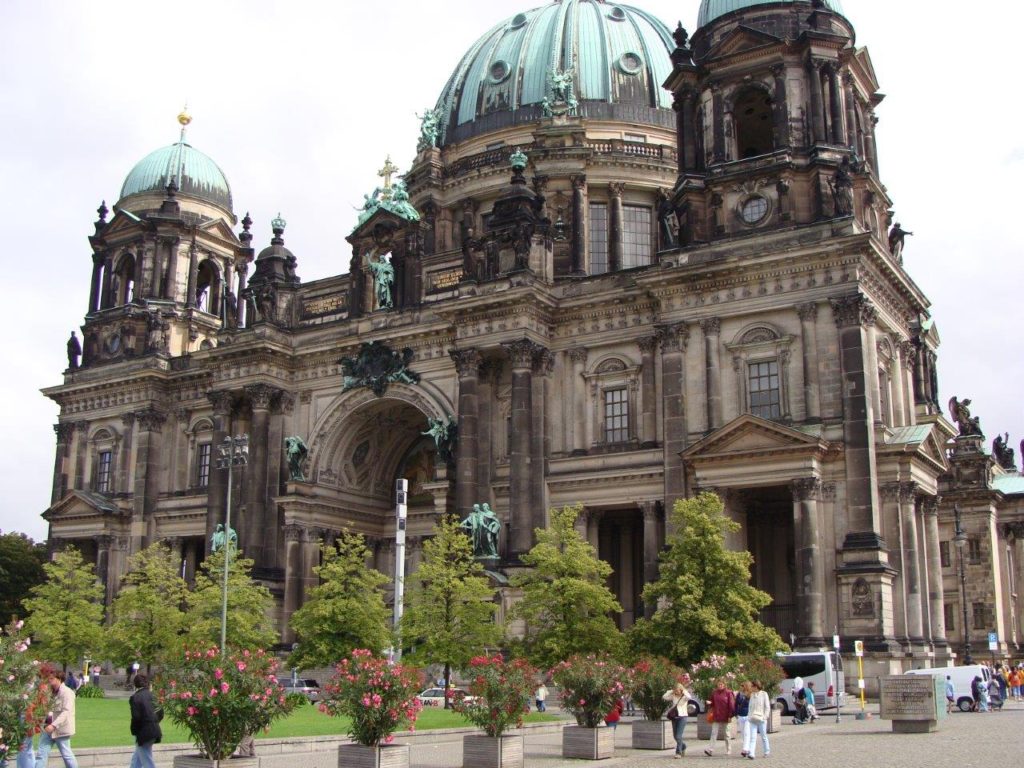 5. Tiergarten
Tiergarten – translating to Animal Park – is the name of Berlin’s largest and most popular park. I loved every second I spent there: everything was green and fresh, and it didn’t feel like if I was in one of Europe’s busiest cities. Tiergarten is often called “the green lungs of Berlin” and rightfully so. The laidback vibe of the place reminded me a bit about Dublin, and let me tell you, it’s definitely a place to stop at if you’re in Berlin.

6. Berlin Victory Column
The column was built to celebrate success in war.  The figure on the top of the column is a Roman goddess of victory – Victoria. I wasn’t too impressed with the column – Berlin has much more to offer. Good thing – I have a group photo with a very lovely yellow bus in the background, so it’s a win-win situation for me! 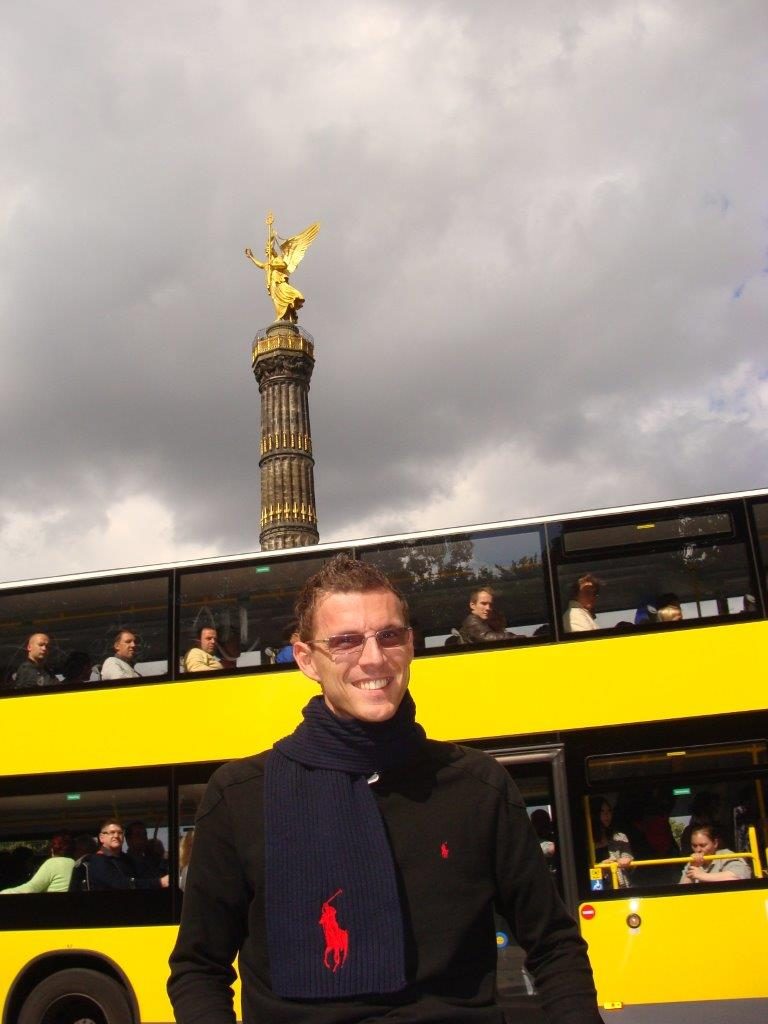 Honestly, my favourite moment in Berlin was a quiet dinner in a restaurant. The restaurant was located so close to The Berlin Cathedral that I had a perfect view on it when I was eating. It was a lovely evening, and I was breathing Berlin in and out in my own rhythm. Could it get any better? Probably not! 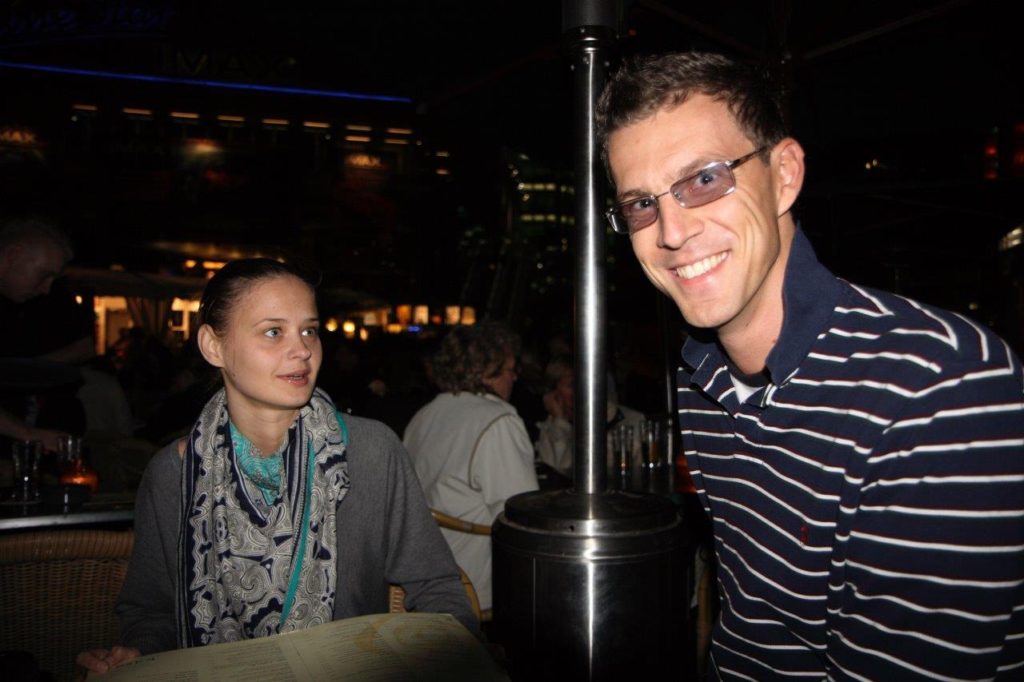 Hotels
Hotels in Berlin are definitely accessible. Finding something that would be wheelchair friendly without breaking a budget is definitely possible. Generally, hotels are well catered for needs of wheelchair users and don’t promise much more than they are willing to give. Elevators and ramps are a standard. The number of accessible rooms in a hotel is high enough,  though the situation could be still better. In general, out of 10 points, I would give Berlin hotels 8. Everything’s going in a good direction.

Pavements
Pavements in Berlin are definitely among the best I’ve ever encountered. Their surface is even, curbs are not everywhere. Navigating through the city is definitely not mission impossible. In fact, it’s way less troubling than strolling around most of the European capitals – for example…  Prague.

Attractions
A vast majority of places is accessible, but there are some, which would score 0 on any accessibility rating. That’s absolutely something the city should work on, especially considering the city’s not too far away from perfection.

All in all, Berlin’s a vibrant, ever-changing city, which connects dots of history together like puzzles. It races up to the future but doesn’t run away from its past. I might have never fallen under Berlin’s spell, but I can’t deny it has so much more to offer than it seems. After long years of division, the city’s ready to stand united and win over the hearts of tourists. Maybe someday Berlin will win me over, too.  For now, it’s just another city to cross out on my travel list. One thing remains sure: if accessibility was the only criteria, Berlin would make it to the top of the list of coolest cities in Europe. Berlin and “accessibility”  go together perfectly well.