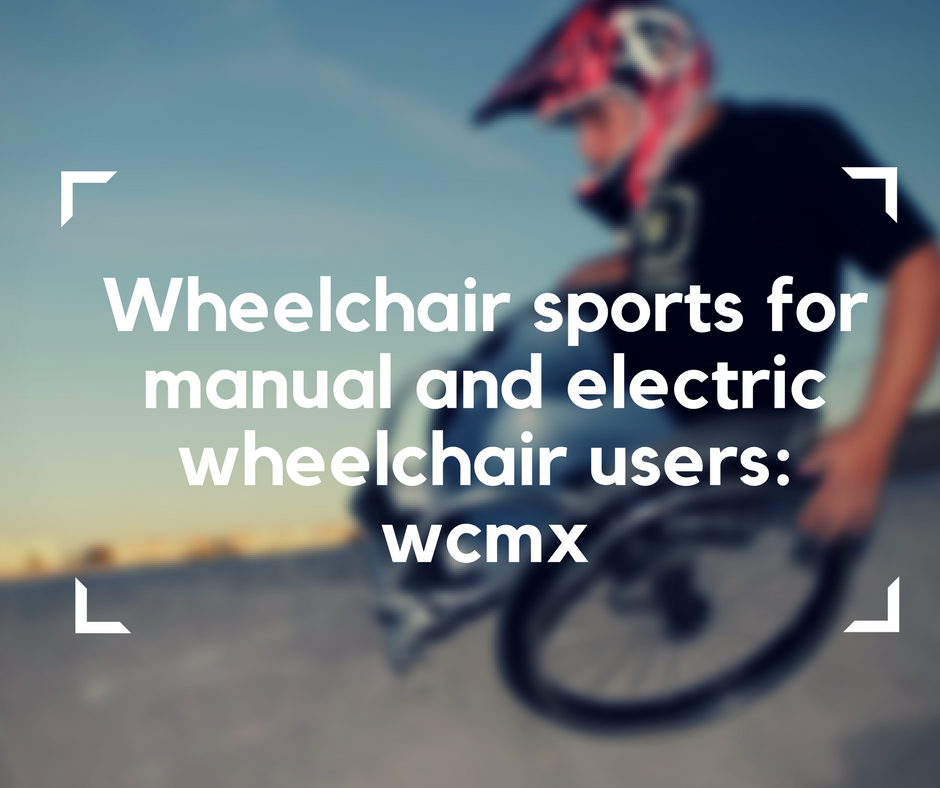 Everything started in the skate park and two brothers spending their time outdoors. One of them, Aaron, was watching his brother as he was riding his BMX bike, but he wouldn’t join him. He had been a wheelchair user since he turned 8 years-old, and back then he didn’t know whether wheelchairs and skate parks could go together well. His brother, however, persuaded him to give it a shot, and it worked out perfectly. Aaron was hooked, and eventually, he set out to become an extreme wheelchair athlete. Backflips?  Double flips?  Sure – for Aaron Fotheringham it’s a piece of cake. He has mastered the art of WCMX and proves limits are only in our heads. How does he do it? What’s WCMX like? I’ll answer all these questions below!

In the world of an extreme wheelchair athlete

Have you ever heard of Spina Bifida? It’s a birth defect of the spinal cord, and it may prevent you from walking. It eventually did turn Aaron into a wheelchair user, but he was the kind of person, who takes a full control of his story. He would always look for solutions and overcome obstacles – it was in his nature to make progress, not excuses. He started his WCMX adventure when he was only eight. The beginning very not easy, but he wouldn’t give up.  The result? Since the memorable day in the skate park, Aaron had been continuously pushing limits of the impossible.  At the age of only 14, he successfully performed a backflip in a wheelchair, and he was the wheelchair user to do so.

4 years later he did a double flip, and it was just the beginning. Aaron is known for many tricks, including  180-degree’ aerials’, one-wheeled spins and rail grinds. He also managed to master frontflips, and his ramp endeavors definitely make the show.  He shares pictures of his everyday life on Instagram and also posts videos on his Youtube channel.  In 2010  he joined the Nitro Circus Live tour, which an action sports roadshow touring all over the world. Throughout his sports career, he has suffered several injuries but it’s never stopped him from progressing as an athlete. Of course, he recommends wearing a helmet and paying attention to safety rules for anybody interested in extreme sports.

WCMX is the name Aaron gave to this new sports activity he invented. It combines many tricks from skateboarding and BMX. Backflips, double flips, carving, grinding, power-sliding, hand planting, and spinning are some of the moves Aaron has mastered to perfection. He very often performs on the mega ramps, and it’s definitely a spectacular show to watch. Just take a look at his Instagram to see he’s definitely a real deal.

In September 2016 I had a pleasure to see the 2016 Summer Paralympics in  Rio de Janeiro, Brazil. Aaron was the start of the opening ceremony. He performed a jaw-dropping backflip, and I was more than impressed. Watching him do the impossible sets new definitions of human capabilities. The freedom I noticed in his every move was inspiring, and from that moment on I knew he was somebody to keep up with. Since he often posts short videos, I definitely recommend following him, especially on Instagram. While there are many inspiring wheelchair users, watching Aaron’s tricks is not only motivating but also entertaining.  He’s got a great determination and I believe there’s plenty we can learn from him.

All in all, Aaron Fotheringham is definitely somebody to put on your ‘following list’. He constantly redefines the impossible, and his wild determination is extremely motivating and contagious. There are many amazing extreme sports for wheelchair users, but WCMX seems to stand out. It was founded on a boy dream of becoming an athlete and it has inspired people all over the world to reach their full potential. After all, Aaron Fotheringham proves you can be anything you want to be when you grow up. Especially a cool, mind-blowing extreme athlete!