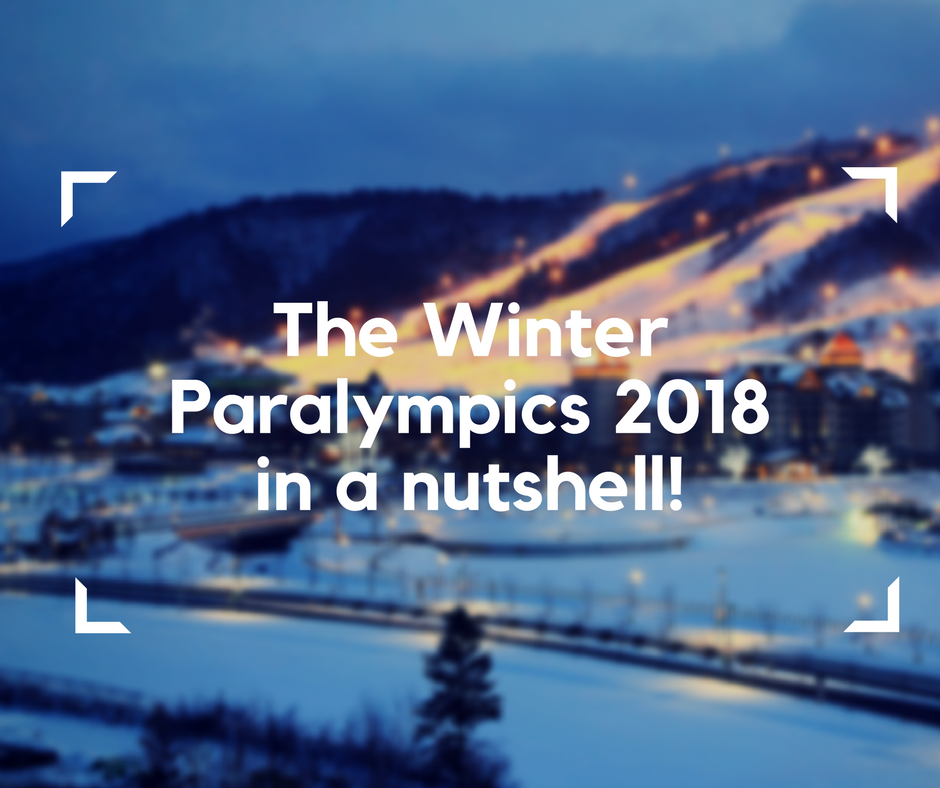 When The Bandabi Bear says goodbye and Korean slopes don’t greet thousands of Olympics fans anymore, it’s high time for me to summarize The Winter Paralympics 2018!  The event, which began on 7th March 2018 and ended on 18th March 2018, featured para-athletes from all around the world. It was a wonderful evidence of human strength and determination, and I was impressed by contestants’ restless drive to do better, to be faster, to go beyond limits. Since defying limits is also my personal mission, keeping up with The Paralympics was a pleasure! What did The Winter Paralympics 2018 look like? Find out below!

The Winter Paralympics 2018 in a nutshell!

The Winter Paralympics typically start once The Winter Olympics are over, and that was the case this year, too. While the first competitions started on 7th March 2018, the official opening ceremony took place on 9th of March 2018. Each day there were several competitions, as there are numerous sports classes for every sport. The committee divided athletes into sports classes based on different levels of disability to ensure the game was fair. 6 sports disciplines in which para-athletes were competing were: alpine skiing, biathlon, cross-country skiing, ice hockey, snowboard, and wheelchair curling. The first competition was Alpine skiing, while the last one was ice hockey. All in all, 49 countries from 4 different continents had their representatives In the Winter Paralympics. This number has been steadily growing throughout the years, and I hope it will exceed 100 in the near future!

People are the most important part of The Winter Paralympics. It’s their energy, dedication, and persistence that powers the entire event more than thousands of electrical generators.  Since Olympics appreciate teamwork, they count the numbers of winners from each country. This year the best team was from Norway! The largest team came from the USA, which was represented by 68 athletes! Interestingly, China scored the first ever Winter Paralympic title. The list of winners is long, and in fact, to me, every athlete is a winner. To be able to experience freedom is the ultimate victory, and they seem to have succeeded in that!

Fun facts about The Winter Paralympics 2018

All in all, The Winter Paralympics in Korea were an exciting time for all sports fans like me. Although personally, I’m more into extreme sports, I genuinely enjoyed The Paralympics and I believe in their mission to empower people more than anybody. The Bandabi Bear, the official mascot of The Winter Paralympics 2018, symbolized courage and that’s what our athletes seemed to be full of no matter what challenge they stumbled upon. I am looking forward to the next Paralympics for the ultimate dose of inspiration! If you are not into sports, but value freedom of movement, you might like the new Blumil City!  It’s my new best friend for all the best urban adventures!